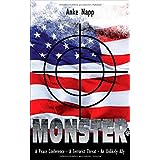 Monster by Anke Napp
My rating: 4 of 5 stars
Published May 19th 2014 by Tredition Gmbh

In the middle of a heated election campaign for the Governor's seat of Georgia, the FBI is informed of a planned terrorist attack on Atlanta's new Conference Center. Only 24 hours remain to find and disarm the bombs, save the NATO summit and thousands of lives. In a sinister maneuver, the ex-terrorist Shadid is recruited out of prison and teamed up with the Conference Center's project manager Sarah - a woman whose husband has died in one of his former attacks. But crawling through the building's bowels, Shadid discovers more than a time fuse of perfidious ingenuity.
~~~From Amazon~~~

It's actually been awhile since I've read a genre like this. The last book I read with this kind of genre was Digital Fortress and I have to say that I like this kind of book break after my consecutive heart-dropping YA reads. So let's get into this book.

Monster? My first impression judging from the blurb is that maybe Shadid discovered that the Americans have created a monster - some kind of a genetically engineered weapon. lol. But then maybe it's just me and my sci-fi filled brain. I was definitely wrong. An ex-terrorist who obviously is regretting the sins that he'd committed was recruited out of prison by 2 FBI agents to locate and disarm a bomb planted on the venue where a summit will be held. At first it got me thinking, why in the world would they recruit a prisoner to do a job which I believe, bomb experts from CIA, FBI and NSA have a clear knowledge about. Isn't it part of their training and job? Then, they staged a death drama for Shadid so no one will know that he'd been recruited. Later on, it occurred to be a clear setup.

The plot of the story is intense,action-filled, mind blowing and thrilling. Terrorist attacks, bomb locating and diffusing, political drama, FBI conspiracy and secret alliances; all these compressed in a 204 page book. I was already imagining it in a wide screen kind of thing.

In some movies and books, this kind of plot may be kind of cliche already but what makes this book better is because of its unique twist. Every setting will make you more and more curious and puzzled on who the real enemy is. I have to say that the first few chapter didn't hint anything about what would happen and then as I continue reading the next chapters, it became puzzling but captivating and that's the nice thing about it. It makes it an intense page-turner. It drove me to read page after page to know what will happen next. Will Sarah work with Shadid? Who is Vaughan and what is his part in this? How will Holbrook get away with this? Does Emhurst have something to do this? Who is the mistress of this Gubernatorial candidate? Etc. Etc. There were so many questions and my brain was crying different theories about the characters. I was really hooked.

The ending was a bit hanging. I was looking forward to the arresting of the culprit and justice for these unfortunate political drama that could have end thousand of lives. But then, I still like how it ended up with Sarah having a new life under protection with his son Jordy, Shadid having the chance to start a new life as a new person to make up for his sins and see his son, and George having a reason to be determined with his job now with his new found friend.

I like the Shape-Shifting Monster analogy or theme of this story. I totally like that idea in this story. Not everything is what they seem to be.

View all my reviews

A 4-bomb rating for Monster 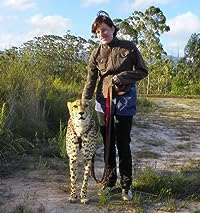 Anke Napp published her first novel Templars in 2008 but then focused to other subjects and other times: Ancient Egypt, South Africa... She lives in Hamburg sincec 2003, together with her husband and her cat "Mr. Spock". She works as a supervisor of the media center at the Institute of Art History and as IT supporter. 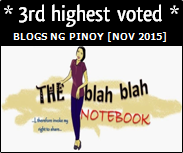